There's nothing like a healthy smoothie to start the day. However, when there's a nip in the air, it's not very beneficial to slurp back a cold, cooling summer smoothie. That's why I created this flavourful warming, adaptogenic smoothie, perfect for chilly mornings and the winter months!

This vanilla spice adaptogenic smoothie is full of healthful ingredients that provide many incredible benefits! The star being adaptogenic Ashwagandha Powder.

I'm sure you've heard of Adaptogens by now, as they're becoming a growing trend among health and wellness devotees. However, they have been around for thousands of years, first used in Ayurvedic practices and Chinese medicine. It's without a doubt that they provide some miraculous benefits!

I like to think of them as little harmonizers for our bodies. They work in synergy with the body, increasing resistance to the detrimental effects of stress; while also restoring and supporting regular physiological function. Basically, they help the body cope with and recover from stress through a kind of balancing act.

There are a variety of plants that provide this adaptogenic effect. A few of them include Ashwagandha, Maca Root, Holy Basil, Licorice Root, Ginseng, Rhodiola and Reishi Mushrooms. Some of them are more potent herbs, (such as Rhodiola, Ginseng and Licorice Root) and may not be best used in conjunction with certain medications or under health certain conditions. Others like Reishi, Ashwagandha and Holy Basil offer more gentle effects and may be used on a more regular basis to reap their benefits. Adding adaptogens to smoothies, warms drinks, spice mixes, salad dressing, and even sweet treats are a great way to incorporate them!

This Vanilla Spice smoothie features ashwagandha as the adaptogenic hero. However, there are lots of other health-promoting spices also packed into this delicious smoothie! It's great for spring as it features cinnamon, nutmeg and ginger, which are warming spices. Even though spring calls us to start leaning towards lighter and more cooling foods, it's generally still chilly here in the northern hemisphere, which means it is still a good idea to incorporate warming and grounding foods in our diets.

Another key player in this smoothie is baobab powder, which comes from the baobab tree. It is an excellent source of vitamin C, which is a crucial nutrient that provides antioxidant activity and immune system support. Vitamin C also plays an important role in our bodies' stress response.

All in all, this smoothie is a delicious way to mix up your morning routine or for a little afternoon boost. It's light, deliciously sweet yet earthy and, of course, offers grounding, warming and adaptogenic properties! 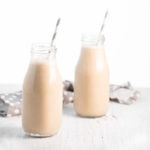 Have You Made This Recipe?Mention @beetofthewild or tag #beetofthewild!
Previous Post: « Lime In The Coconut Soup
Next Post: Five Amazing Benefits of Drinking Lemon Water » 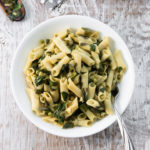 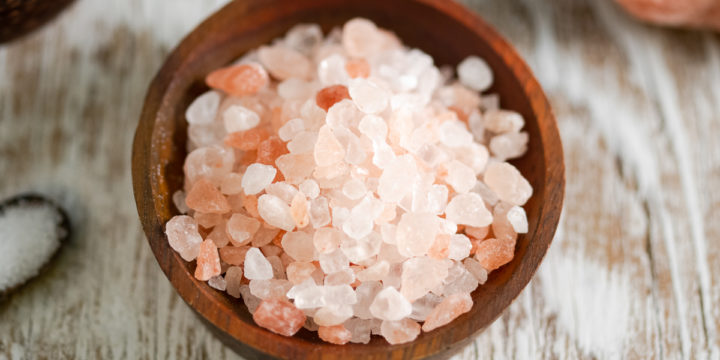 Hey, wild ones! Just popping by to say hello 👋

It’s becoming a yearly tradition to make these V

What a perfect weekend to warm the heart and bones

How to Make Cashew Cream. Learn how to make cashew

If you enjoy Beet of the Wild's content and would like to support my work you can buy me a tea on ko-fi!